How much unrealized value is trapped within your company? Most likely, it’s millions and millions of dollars. We work with business leaders to transform their companies, unlocking natural growth and prosperity.

We only work with companies and leaders that are serious about transforming.

Working with Scalable Leadership will lead to real transformation and may cause the following symptoms: clarity, growth, confidence, scalability, team unity, and increased profitability. It’s recommended that only companies and leaders that are serious about transformation should work with our team.

Is your company fulfilling your dreams? Are you enjoying the ride?

You started or joined your company for a reason. You poured in your passion and work and felt joy as it began to grow. But sometimes, companies get stuck. What begins as an exhilarating journey becomes an exhausting grind. You may have fallen into the Scalability Trap.

Is your business stuck?

Companies that are stuck in the Scalability Trap are plagued by some or all of these characteristics:

Scalability will set you free.

Companies that leverage the Scalability Framework are transformed and enjoy the following benefits:

The natural condition of a well-tune, properly structured company is to grow. If you develop The Six Scalabilities properly, they will enable you and your team to unlock natural growth and prosperity.

Pursue extreme clarity, and cultivate your leadership team so they can run the business. Establish your fundamental foundation to build a strong business.

Make your customers the center of your universe and keep a straight line that connects who they are, what they need, and why they buy from you.

Design your “money machine” with thoughtful intention, then constantly monitor, tune and communicate its performance.

Structure your organization for the future, not today, and relentlessly ensure that your people share your vision, standards, and values.

Maintain a clean and solid business foundation and invest in the most effective technology you can afford.

Seek improvement across the board, with curiosity and persistence, and passionately drive innovation every day.

Business Leaders are transforming their companies every day with the Scalability Framework.

“Scalable Leadership was an invaluable resource in helping me identify step one in heading toward the primary vision for my company and focusing our energy in that direction.” 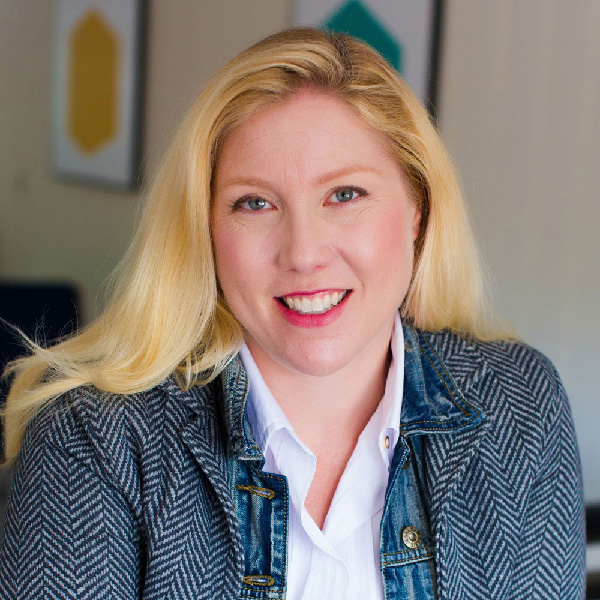 “The Scalable Leadership process made a real difference at our company. Our infrastructure is now fully scalable, and our Leadership Team has reached a whole new level of alignment and capacity. We are growing at a quick pace, and thankfully, that growth is easier to manage.” 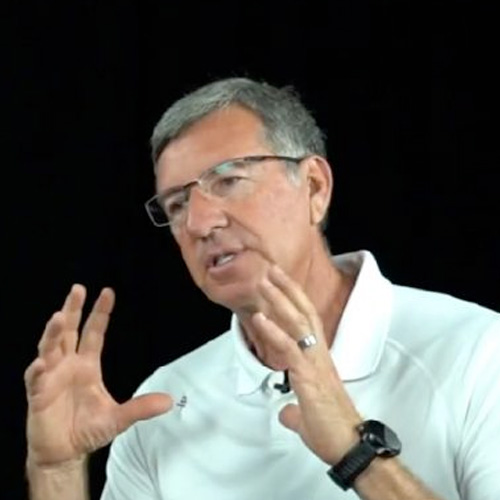 “Thanks to Scalable Leadership, I was able to get clarity on where my leadership team was lacking. They also provided me with a roadmap I could follow to make progress toward the goals I wanted to achieve for the company.” 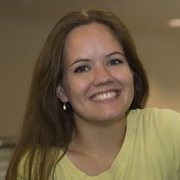 Achieving scalability and unlocking natural growth is a process. It requires a committed team aligned around a clear vision. It’s rarely easy, but the results are predictable, sustainable, and worth every ounce of effort.

This process provides a clear understanding of where your company is stuck and defines a clear path for achieving scalability.

Now begins the work of transformation. Return your company to the path toward prosperity, impact, and freedom.

We Transform Companies, Leaders, and Lives.

Our team of Scalability Transformationalists is here for you. You and your business are why we exist. We are seasoned business owners, growth stage company experts, and private equity investors. We have personally faced the risks, uncertainties, and challenges that confront business leaders. We have launched and acquired companies, and we have sold businesses. We know how to make companies grow and prosper, and we love to help teams perform at their best. It would be an honor and a pleasure to help you build your business. 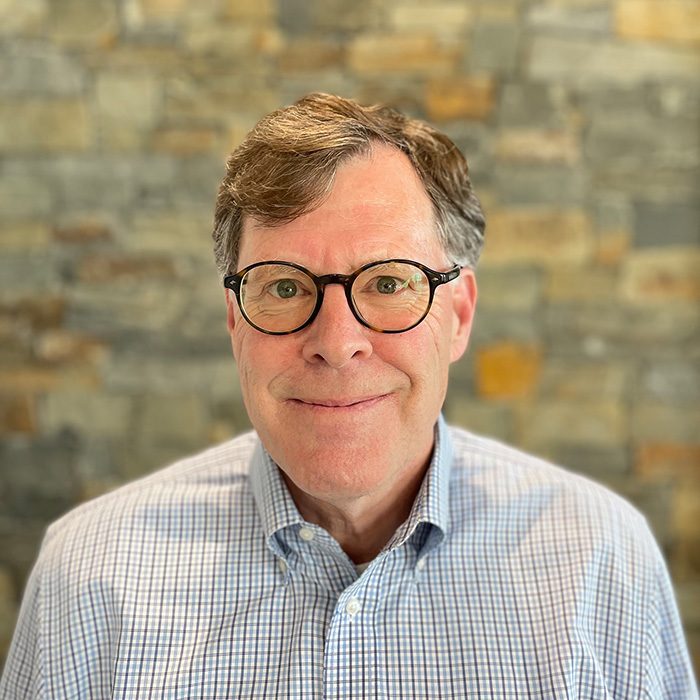 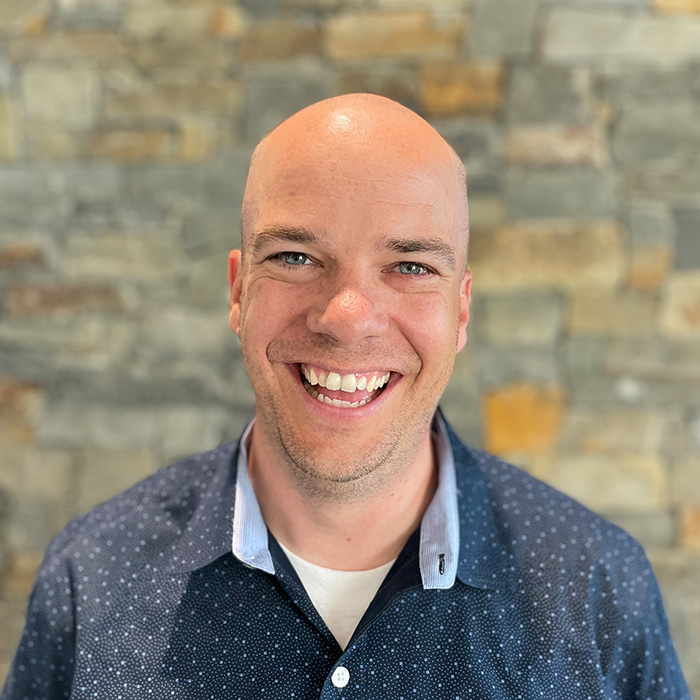 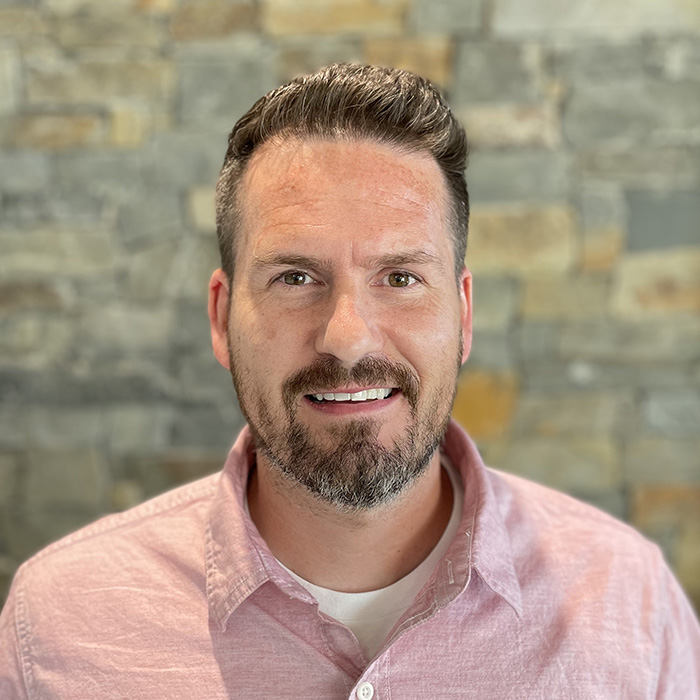 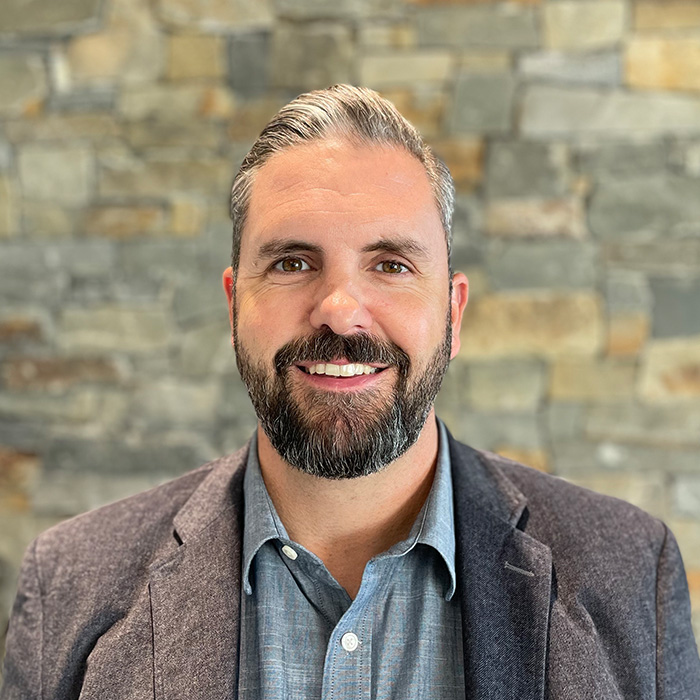 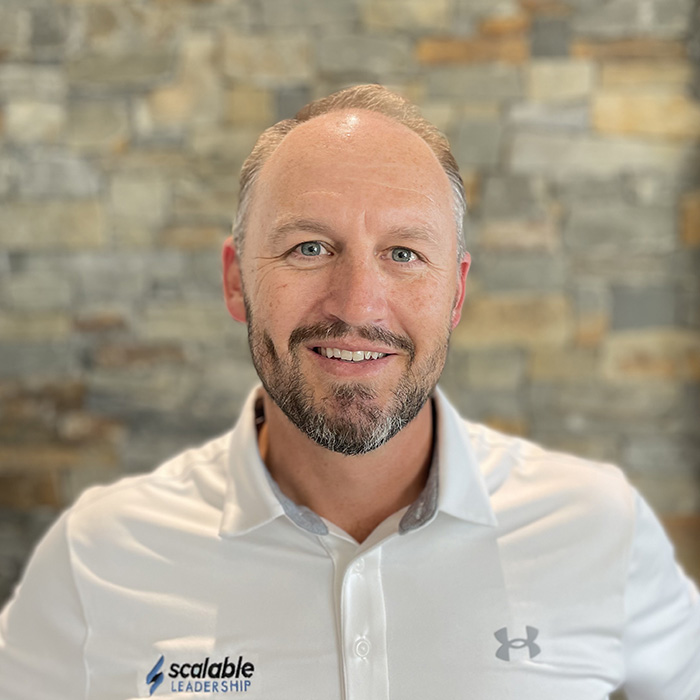 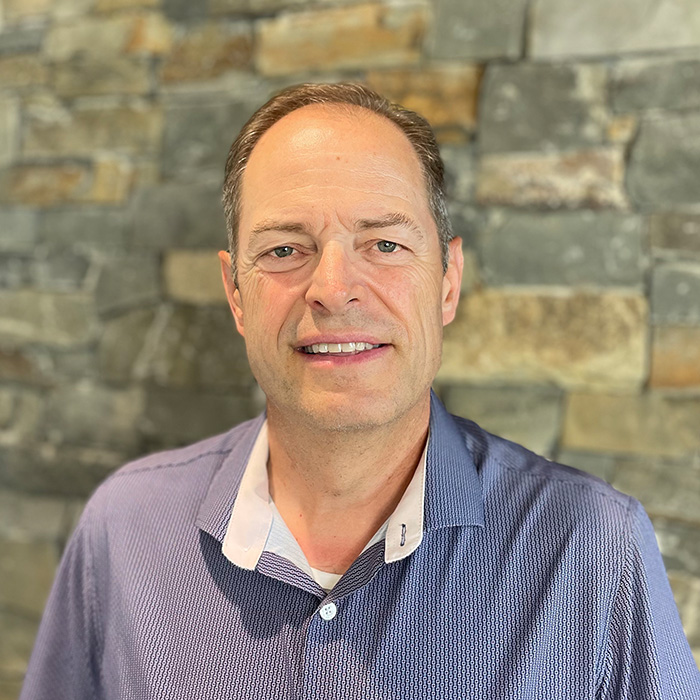 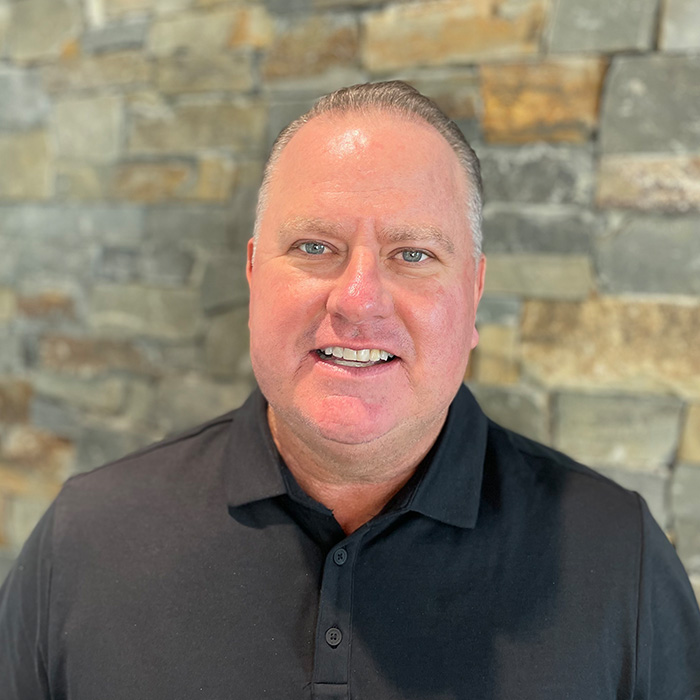 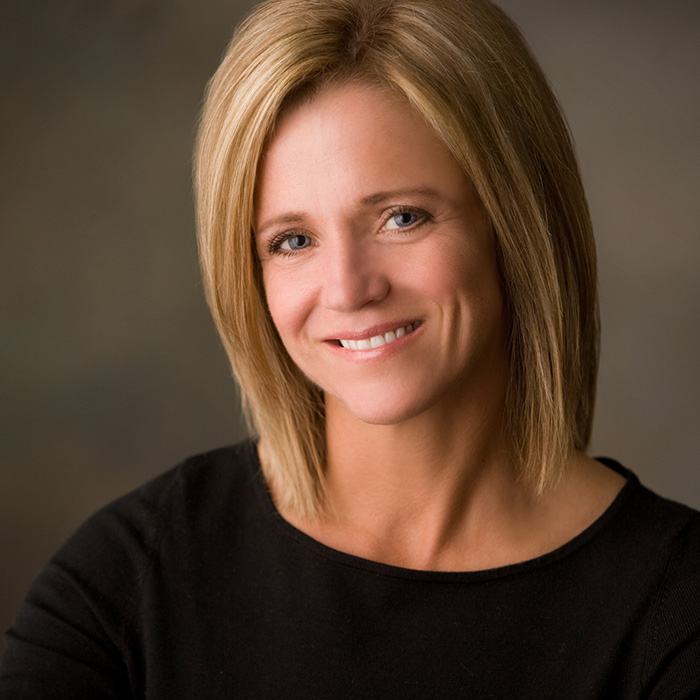 Brad Fisher works with business owners who want to unlock growth and cash flow by building structural scalability into their organizations. As an entrepreneur, business operator, and private equity investor, Brad has personally faced the risks, uncertainties, and challenges that confront business owners. Brad has launched and acquired companies and as such he knows how to make companies thrive. Brad loves to help teams perform at their best. Brad has learned how to bring families together, and to set the stage for multi-generational success.

Colby is a processes, systems, and Franchise operational expert. For the last decade he has worked with numerous multi-locations businesses to help build their marketing strategies, upgrade their back-end operations, and leverage technology to improve how they gather data, communicate and support their individual offices, outlets, and franchise operators. A serial entrepreneur and operator, Colby knows the challenges that come with starting, growing, and moving small and mid-sized businesses to the next level. This enables Colby to help businesses reduce fear and stress, and avoid many of the pitfalls that come with accelerated growth.

This guy doesn’t do very much but we’re happy to have him on our team (sometimes).

Jarum Stone is a seasoned entrepreneur and business builder. He is also an HR expert, with extensive operations and leadership experience.

In the year 2000, Jarum joined a small Utah-based staffing agency. Over the next twenty-one years, Jarum and his partners grew the firm into a significant regional organization that generated nearly $50 million in annual revenue. Jarum’s staffing company experience enabled him to develop a highly-specialized background in HR. He loves that side of the business world, including talent acquisition, organizational structure and development, compensation, benefit optimization, safety and claims management, training, and development. Jarum’s teams were frequent winners of the ‘Best Places to Work’ and ‘Best of State’ awards, and he brings those dynamics to his client organizations.

Jarum is a protagonist leader whom people love to follow. Soft-spoken, creative, analytical, empathetic, and detail-oriented, Jarum excels in helping people find their purpose and develop their capacity. He is organizationally obsessed (with a hint of OCD) and has a passion for building strong cultures.Jarum earned a Bachelor of Science in Business/Management, with honors, from The University of Phoenix. He is fully bi-lingual in English and Spanish. He is an experienced investor in business and real-estate. He is also an experienced board member, and when he’s not working, Jarum enjoys spending time with his wife and four kids, traveling, golfing, reading, listening to podcasts, and spending time outdoors.

Derek has spent his career helping individuals and companies find success by identifying and aligning with what truly matters to them. He spent more than fifteen years in the agency world, working with Hollywood studios, Fortune 500 companies, and startups. The surprising takeaway from all that experience was the realization of just how much fear and uncertainty exists in leaders, leadership teams, and their organizations. It is a massive block to success. As a trained coach, Derek finds immense fulfillment in waking up leaders and companies to the power that comes from acting courageously in alignment with a clear purpose.

As an accomplished business owner and having worked with numerous companies to help them with their operations and constantly improve their processes Jana has an innate ability to look at businesses of all sizes and from wide range of industries and instantly identify ways to improve using technology and to solve complex efficiency problems. Jana brings her passion for teaching along with an adrenaline rush for helping companies succeed.

David has built and sold multiple companies over the last 40 years. His first venture aside from doing his own yard service business was in the restaurant business. A great first experience…one he would not repeat. In 1993, he began a company called Advance Fiber Optics and was instrumental in leading the company opening offices in Seattle in 1995 and in Portland/Vancouver WA. In 1996. David spent many years designing and building fiber networks. From 1997 until 2004, David met with more than 400 companies worldwide selling the OSPInSight Fiber Management Software solution to every major telecom company in the world.

From 2004 thru 2006, David started Paradigm Management Group which built fiber to the home networks in Issaquah Washington for the Microsoft Community. He also built the Hillsboro, and Beaverton Oregon Fiber to the home networks for Verizon around the Intel Campus. From 2006 to 2007, David helped build the SMB team for Altirus culminating in Utah’s largest tech purchase in 2007 to Symantec for $1B.

In 2007, David joined a company called IntegraCore and began building the first 4PL based on ideas received while working on his Master’s Degree. Over the next 5 years during the recession David helped build the company from $1M in revenue to over $103M in 2012.

Over the next four years David started multiple companies including Javali, NuBody Nutrition, and Cad Alliance. He also enjoyed working with companies that had not been able to grow and scale. He was instrumental in helping 8 different companies move beyond their glass ceiling and realize new levels of revenue and profit.

In 2016, David became involved with a small technology company that was in its 64th year of business and had a few months cash left. David stepped in and turned the company around in just 18 short months and sold the company. He has since then continued to build Premier Computing and has added Premier Hosting, Premier MSP, Premier Development, and AdoBots under the growing company umbrella with now 17 companies.

David is a former Air Traffic Controller in the United States Air Force. He served during the first Gulf War and was named the Airman of the Year in 1992 earning his dream flight in an F-16, He was also the top graduate at the Airman Leadership school earning the John L. Levitow award.

David is also a recipient of the Military Hero Pitsenbarger award from the US Air Force for saving a downed passenger’s life in a helicopter crash and a National Hero at Valley Forge Award winner for saving the lives of a family of seven that crashed into a frozen lake in 2012.

David and Jan’a are celebrating their 35 wedding anniversary August 11th. David is life-long type 1 diabetic who does not use insulin or medication. He has created a liver cleanse that normalizes the blood sugars and to date has helped many hundreds of Type II diabetics and several Type I diabetics lead normal lives. His company NuBody Nutrition is dedicated to healthy building blocks of nutrition for better health.